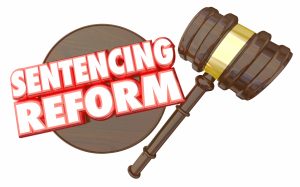 The signing of the First Step Act into law by President Trump in December of 2018 marks an important milestone in U.S. criminal justice reform legislation. The law, created with bipartisan support and crafted through compromise, promises to have far-reaching impacts for past, current, and future offenders. For those seeking a recommended Bail Bond company, understanding this new law is important.

Let’s look and a few of the law’s most important effects.

The 1980s and ’90s saw a dramatic increase in arrests and convictions related to crack cocaine. Strict sentencing guidelines and policies such as the “three strikes” rule for repeat offenders placed unusually harsh penalties disproportionately on poor and minority offenders. Under the First Step Act, approximately 2,600 prisoners convicted of crack-related offenses prior to the Fair Sentencing Act of 2010 will see their sentences reduced. Any prisoner’s petition for release based on these sentence reductions would still have to be brought before a judge, whose final determination would remain subject to recommendations by prosecutors.

America’s ballooning prison population can trace its origins in part to mandatory minimum sentencing for certain offenses imposed during the 1980s and ‘90s. Under the new law, federal judges will have increased latitude in imposing sentences on non-violent offenders, allowing judges to impose sentences less severe than those demanded by mandatory minimums. This change could affect as many as 2,000 cases annually going forward.

The much-debated “three strikes” rule calls for a life sentence for those convicted of three violent or trafficking-related federal drug offenses. Under the new law, the mandatory sentence will be reduced to a 25-year maximum. Also, more serious drug-related felonies that had triggered a 20-year minimum would now see that figure reduced to 15 years. These abbreviated sentences are not retroactive and affect only those individuals convicted since the First Step Act became law.

Another reform tackled by the law involves where prisoners are housed. Currently, some inmates are housed far from their home communities, making it difficult or impossible for family members to visit. Under the new law, the Bureau of Prisons must make every effort t house an inmate at a facility within 500 miles of his or her home community.  This change in policy, it is hoped, will also make it easier to reintegrate former inmates into their communities after release.

Prisoners have long been able to reduce their sentences by displaying “good behavior” while incarcerated. Under the First Step Act, exemplary inmates can reduce their sentences by as much as 54 days, in contrast to a prior maximum of 47 days. The law also rewards prisoners who actively seek help for addiction-related problems by allowing inmates to earn a 10-day sentence reduction for each 30-day period they spend in rehabilitation.

The First Step Act ends the practice of shackling or restraining pregnant inmates—especially during labor, delivery, or postpartum recovery. Also, the law provides that femaleinmat4s should receive tampons or sanitary pads free of charge, rather than forcing inmates to purchase these items at commissary.