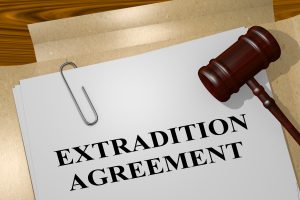 When a person is arrested and charged with a crime, he or she is required to stand trial in the state where the offense was committed. Some defendants, however, have other ideas. Once free on bail, they choose not to make their appointed court appearances and instead decide to flee. Known as “bail jumpers” or “skips,” these defendants make a conscious choice to evade prosecution, and in the process, they default on their promise to the certified bond agent who paid their bail. Some fugitives go a step further by taking up residence outside the state where they are wanted. Extradition is an attempt by a state where a crime was committed to having a fugitive returned to face the charges against them.

What Defines a Fugitive?

Legally, a fugitive is any suspect in a criminal case who flees, escapes, or otherwise evades arrest or prosecution. If you are charged in a criminal case and are granted bail, you are required to make all court appearances stipulated by the judge or magistrate. Missing one court date won’t necessarily result in your being declared a fugitive, though a bench warrant will likely be issued by a judge to secure your re-arrest. Fleeing outside your state jurisdiction, however, will trigger a series of events resulting in you being assigned fugitive status.

How Does the Extradition Process Work?

Once you are declared a fugitive, law enforcement in your home state (or the state where the crime was committed) may seek to extradite you for trial. But this is not a simple process and involves a series of steps that go as high as the Governor’s offices in both the state seeking extradition and the state to where you have fled.

A final barrier to extradition is the time and expense required by the process. It is not uncommon for a state to decide which fugitives they choose to pursue through extradition. Typically states attempt to retrieve the defendants who pose the greatest risk to their communities, that is, those who’ve fled the most serious charges.

At Bond James Bond, we offer professional courteous service to help our clients make bail and return to their communities while awaiting trial. Bail arranged through a certified bond agent helps defendants maintain employment and meet family obligations while they await trial. We also help assure that you make all court appearances required by the court. If you or a loved one have been arrested, contact Bond James Bond and discover how we can help.